The Intersection of Business, Education and Innovation

As the blog has mentioned at various points, different innovations and startups have different metrics for success. This makes a formulaic approach to entrepreneurship all but impossible, though there are certain trends that crop up from time to time. Writer Emma Collins explores one such trend today as she discusses the present and future viability of the booming education technology startup sector. When she is not looking at new business ventures, Emma is usually working with and for graduate students. She just released a rankings report of the best MBA programs of this year, and is very knowledgeable about the higher education space, both on and off-line.

The Intersection of Business, Education and Innovation

The National Venture Capital Association states that over the past decade, investment in education-technology companies has tripled, soaring from $146 million in 2011 to $429 million in 2011. Since 2009 alone, venture capitalists pushed $150 million into education-technology firms, even in the midst of the global recession. This suggests that the education-tech market may still be in its nascent stages. The current boom may give pause to veterans of Silicon Valley, who likely recall the euphoria of the mid-90s, when millions of dollars were invested in countless online startups, including education-tech companies, only to see the majority disappear in a matter of years.

However, massive advances in computing power at around the globe, near-universal wireless internet access, high-speed connections and the growing comfort of the public with online learning have changed the market substantially. For many experts, these factors suggest that the time is finally here for education technology companies to flourish. Over the past decade, a proven market for online education has already been established through the notable success of for-profit online-based schools, with University of Phoenix chief among them. The growth of online education has far exceeded that of traditional enrollment in recent years, with 6.1 million students taking online courses during the fall of 2010, a 10.1% year-to-year increase, reports a 2011 Babson Research Group survey.

Over the same period, total enrollment for higher education only increased 0.6%. Despite this growth, criticisms of the for-profit model have shed doubt on the viability of online learning. In July of 2012, Senator Tom Harkin released a scathing report of the for-profit college industry, arguing that they use a disproportionate amount of federal financial aid and charge exorbitant tuition rates while maintaining graduation, retention and job placement rates far below those of public and private non-profit institutions.

However, proponents of recent education-tech startups would argue they have little in common with massive for-profit ventures like University of Phoenix and their ilk. Annie Murphy Paul, author of Brilliant: The Science of Smart, says that the current generation of “edupreneurs” are “often running a one-man operation out of a garage or spare bedroom. They include former (and current) teachers, tutors, school administrators and parents – people whose interest in education goes much deeper than making a buck.” Paul believes these companies, “nimble, flexible and fast-moving, can respond to the genuine needs of students and teachers in ways that the big educational software, hardware and publishing companies often haven’t.” Though inevitably not every education startup will find lasting success, there are several that stand out as potentially revolutionary.

Coursera and edX have already garnered a great deal of publicity by partnering with schools like Harvard, MIT, Stanford and UC Berkeley. With their promise of offering top-tier university content free of charge to anyone around the globe with internet access, these companies have already found interest from nearly every highly-ranked US university. Another startup, Minerva, has thus far remained one of the least-publicized online education companies, though that may soon change. Since securing an investment of $25 million from Benchmark Capital, founder Ben Nelson asserts his company could rival Harvard University within three years’ time. Nelson’s goal is to remake higher education by rethinking the entire college experience. Instead of taking traditional introductory classes, for example, college freshmen will be trained in how to think effectively.

Topics such as complex systems analysis and “multi-modal communications,” a 21st century update on the ancient art of rhetoric. “Everything Minerva does will be along the lines of the specialized seminars that seniors or graduate students now attend at traditional universities,” says Nelson, and all courses will be online, consisting of group chat sessions with a camera on the instructor and each student.

While Nelson plans to open dorms in a few big cities, students will not be required to utilize them, as he expects students to enroll from around the globe. Nelson even predicts that Minerva will eventually have 10,000 undergraduates, each paying roughly $25,000 a year, suggesting that, if the school can find its market, it could be one of the first with both a pedigree and a fully-formed business model. If successful, these and similar companies could change the education market throughout the globe, democratizing learning like never before while still turning a profit for investors. By focusing on innovation and altruism as well as business acumen, education-tech entrepreneurs may finally lead the education market into the 21st century.

We thank Emma Collins for her investigation, insights & writing this article for us to publish! Sharing is caring!

Wishing you all the best!

And then comes that time of the year again, where we look back at a slightly more turbulent year than expected, but with a lot of plans and expectations for the year to come! The team is now starting to take some time to rest and renew in the company of their families, but not …

Dependencies in Software Development have been an issue since decades and lots of practices have been built to “manage” them, creating an environment that becomes more complicated with longer time-to-market times as dependencies grow (or the product/solution grows). This is creating an illusion and no dependency management is alwys the only answer! Coordination to remove dependencies … 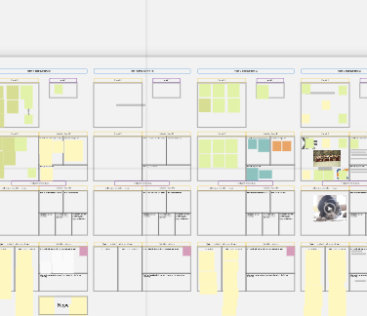 This Spring, one of our customers wanted to change the distribution of people in the teams that work to develop their main product.* To do this, we were planning to have a large workshop to do a redesign of the current team layout by teams themselves. Taking into account certain constraints of course. After the …