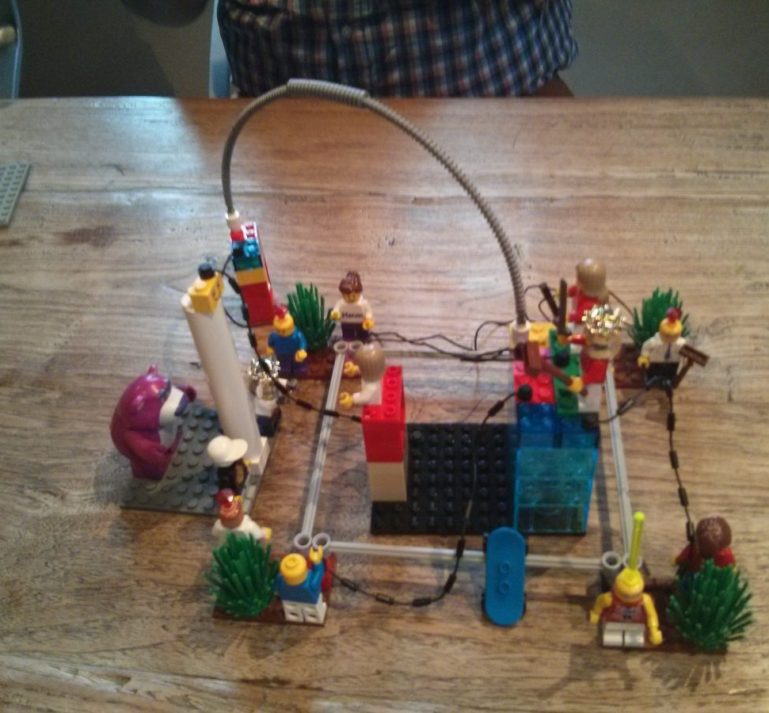 I recently attended some events where talks on different subjects brought the audience to specific puzzle pieces of understanding on how complex adaptive systems perform best, especially taking into consideration the human factor.

The first talk was at an event hosted by Lego®, where Pedro De Bruyckere did a talk about “How play changed the world (and vice versa)”.

The second talk was at the LeSS conference in Amsterdam, where Craig Larman presented the attendees with a causal loop leading to why, during a transformation, the organisation should “own” their system instead of “renting” it. 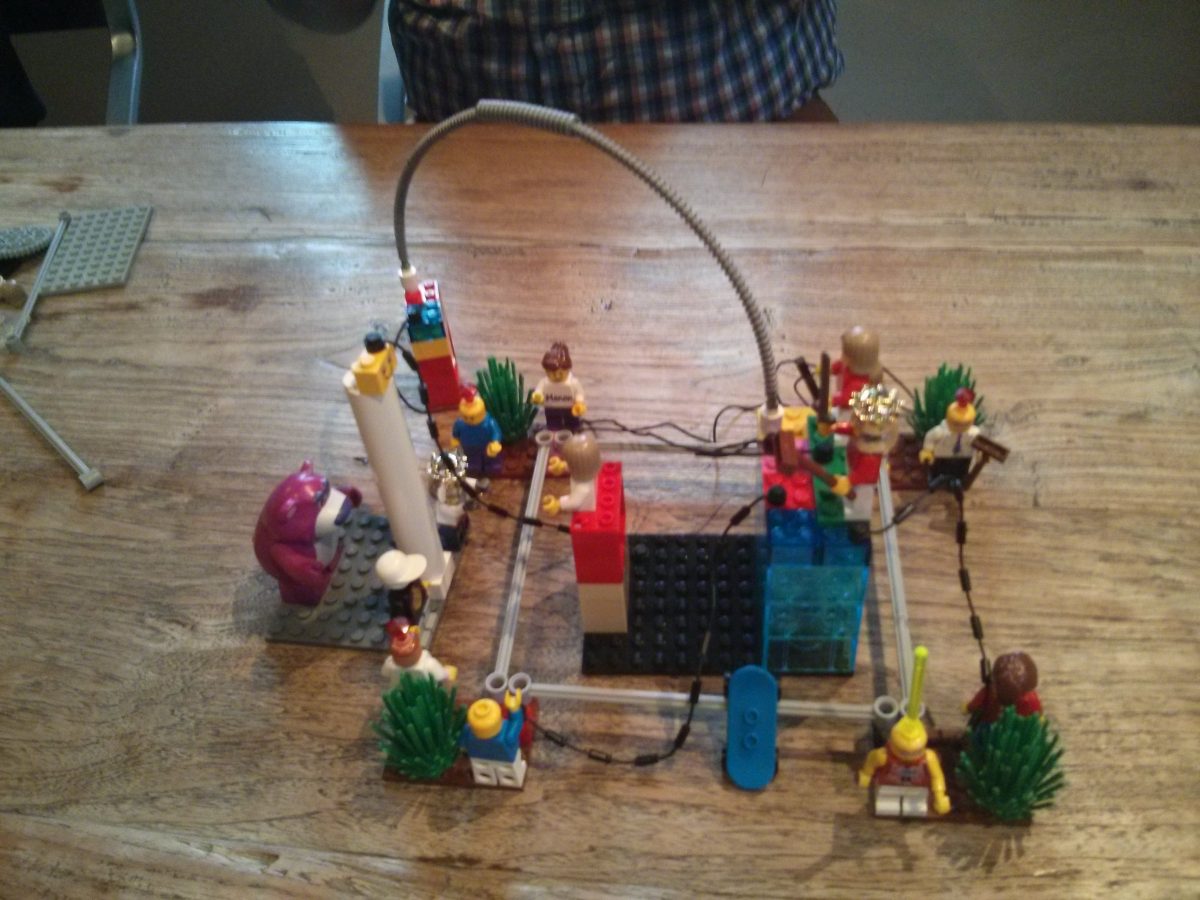 The talk by Pedro De Bruyckere had spiked my interest since one of the basic axes on which Co-Learning is based, is “Work = Play”. He actually explained something I’ve been intrinsically using a lot when designing workshops, trainings and serious games.

The concept of play consists of 5 characteristics (Johan Huizinga):

This specific item is very interesting for everyone hosting serious games, we’ve all faced people saying games cannot be used in “serious” context because too “loose”, “childish” or, especially, “chaotic”:

These concepts, that were empirically discovered through behavioural research, link directly to how we design our seriously playful workshops: we take the attendees to a different setting, we set them a new scene, distinct from ordinary life, and we give them a certain degree of order (rules) to adhere to.

When children play, they start with a set of rules, and these rules change along the way. Just playing “tag” becomes “tag high” (no tagging when the chased kid is standing on something higher than the “normal” ground), and all other rules they might come up with at that moment. This way the rules evolve, they learn from the rules, how to change the rules and how to create rules that allow enough freedom for everyone to enjoy playing, creating new rules and thus creating their own system. And they own their play. How often do you hear children saying: “but this is how MY game is played!”?

Using this kind of setting, where the balance between freedom and an orderly set of clear and supreme rules, brings any learning being (be it a child or an adult) to the zone of proximal development. That zone where we combine structure and autonomy towards the best state in which we learn. You may also know this as a far more simple word or state of mind: flow.

And this pattern comes back, not only in the serious games we facilitate, but it is also used as one of the bases of a lot of Agile frameworks, like Scrum or kanban. You start out with a small but orderly set of absolute rules, and ask the people in the system to create or delete all other rules they feel are necessary for the flow within the system, bringing them as a team to the zone of proximal development.

I use this principle when designing workshops or creating new games as well: I’m not afraid to set a clear set of rules to adhere to, and try to know when to set rules and when not to set them. This balance, this search for the correct flow in your workshop can be the what makes it or breaks it.

Owning vs Renting your system

You might be wondering how the previous information about play then links to the talk by Craig Larman on Owning vs Renting your system.

Craig indicates that when a new organisation structure is drawn up and implemented by an external party and not jointly by people from the organisation itself, this system is only being “rented” by the organisation. Renting a system will stop people from taking ownership. The restrictions stated in a rented system give the impression that they are either not to be taken into account, since they don’t own it, or taken too seriously, so learning and development come to a virtual standstill. You need to own your system to be able to learn and adapt it freely.

Again, during a system transformation, and as a coach we bring in a set of basic rules. The LeSS rules for example fit on a single poster and are as such simple and clear. They allow for the owners of the organisation to adapt their system around this basic set of rules. Craig states that the role of the transformation coach is not to draw en entire process the new organisation needs to adhere to, but to get the right people from the organisation together in a room, give them the set of rules to work around, and simply facilitate the creation of the new system which will emerge from this discussion.

This facilitation would then only be limited to helping the representatives of the organisation to set goals, evaluate impact (impact mapping maybe?), then validate how the ideas from an impact map influence the system (through causal loop diagrams), giving everyone the information and tools in order to learn how their system works, could work and probably will work. Bringing the organisation through a zone of proximal development towards a state where they have created their own set of rules which they wil completely voluntarity own.

And all this, from watching a child play… 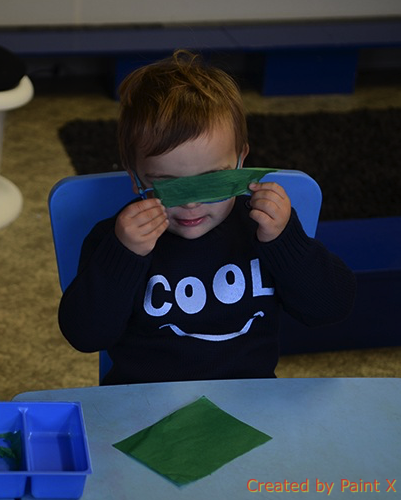 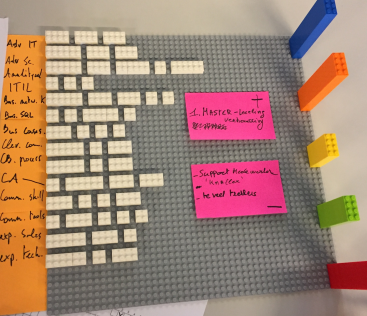 How LEGO® can help you facilitate self-designing teams 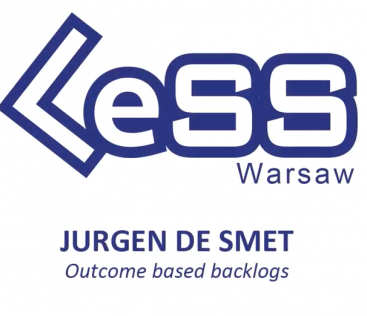