How to come to an inviting Theme for your Open Space? 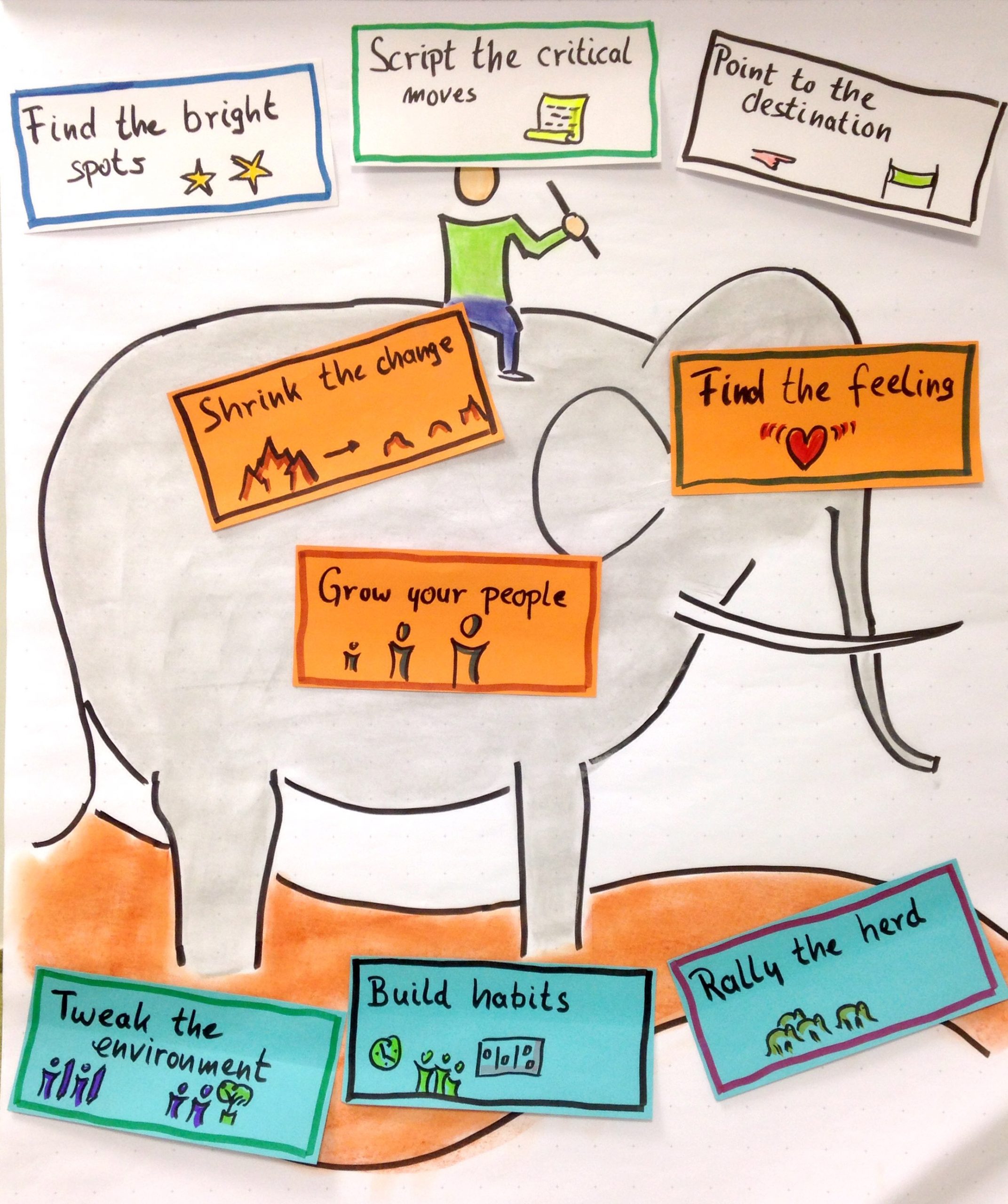 Open Space Agility (OSA) is a repeatable technique for getting a lasting agile adoption. By focusing on employee engagement, a leader can expect a genuine and lasting agile transformation with much higher employee engagement and more predictable, reliable and repeatable improvement overall. To initiate the OSA process, Open Space is the centerpiece.

In this blog post I share how I recently facilitated a team defining the Theme for their upcoming Open Space. I describe the steps used to create the Theme itself and a supporting paragraph to clarify what they will be working on.

About the Theme, the Open Space user guide states that “Is it clear, focused, but with sufficient room to let the imagination grow?” (http://elementaleducation.com/wp-content/uploads/temp/OpenSpaceTechnolog…)

At this stage though, while still preparing the Open Space, you can probably not invite all individuals that will be invited to the Open Space itself.

Key in this phase is to determine the scope of the Open Space. Together with the Sponsor of the Open Space and the Product Owner of the area where improvements will be identified, the different departments were listed. One the one hand the target is to cover everybody working on the product, on the other hand, in the given context this was not yet desirable.

For each of these departments one or two key players were invited.

The idea behind selecting the key players is that, once they are engaged, they will spread the story. It is always more convincing if your colleagues promote an event compared to receiving something in your mailbox.

Next to agreeing on the Code of Conduct for the session, and the background for the initiative of organizing an Open Space, the goal of the workshop was clarified: “As a team, you will collaborate to determine a Theme and a supporting short explanation. These you formulate as such that you feel comfortable that your colleagues will be triggered so that they are curious and interested to join the Open Space event.”.

Using the Liberating Structure 1-2-4-ALL, the participants came up with a load of topics answering to the question “If you could decide on any topic to be improved, what would these be? Any processes, relationships, issues, tooling, whatever… what would these be?” We had 4 flipcharts full…

Continuing with the groups of 4 that formed during the previous Liberating Structure, I used Shift and Share to allow the groups to learn from each other, to refine, to add, … to explore these topics even more. 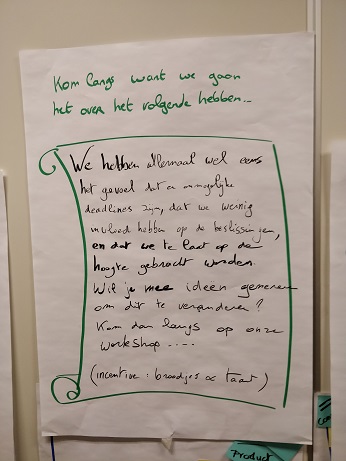 At the end, there was a common understanding of what the group evaluated as important to work on.

I felt this was a bit too much to continue with and wanted to reduce this to about three areas to further work with. A quick Dot-Voting allowed the group to select Autonomy, Time Pressure and Autonomy.

Time to draft the results for what the group was assembled in the first place: the Theme. Instead of jumping straight to the title itself, I asked the participants in groups of four to write one paragraph that they feel would wake the interest of their colleagues to join the Open Space based on the three selected areas. This took a about 30 minutes – hey you can’t rush creativity. The four proposals were hung up on the walls for all to see. Using a body-vote the best draft was selected.

With all this background the group could draft their Theme. I used the same approach: in groups of four write your title with the constraints that it had to be in the form of a question (which will give the reader more feeling of being invited), and the words “and” and “or” were not to be used. It would be too obvious to include the three selected areas instead of having an overarching question. Again using a body-vote, the best draft was selected. 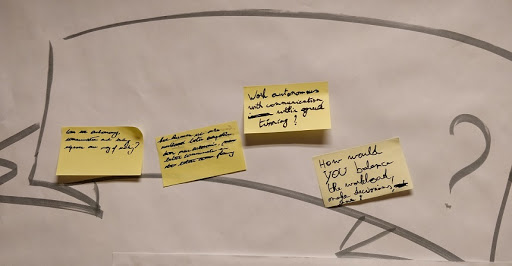 Consent-decision making helped the team to refine the statement. There were no fists, i.e. no objections, so the group could work with the remarks and questions from some colleagues to improve the draft statement. In about ten minutes there was full agreement to use the following the Theme: “How do you see your future team?”

Time to round up. The next steps were explained: an Invitation will be prepared and send out by our Sponsor to all colleagues, the Open Space will be further prepared, and in parallel there will be sessions organized for those interested to learn more about agile, Scrum and Kanban so to maybe have some fresh ideas to bring into the Open Space.

Allowing the workshop participants to give their feedback on the workshop itself using the Perfection Trip, I thanked them for their participation and we finished perfectly in the planned timeslot. A primer for quite some participants

This workshop was not so much about the title of the Theme itself. The key result, the outcome I was really looking for, was the interaction between the participants. The walls between the different departments involved are now lower than at the opening of the workshop. The participants now have a positive feeling that they are being listened to, that they have a channel to speak. There is positive energy. A certain eagerness to collaborate on improving topics.

Up to the next step in the process of inviting people to the change. 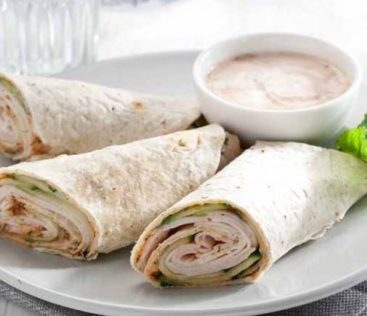 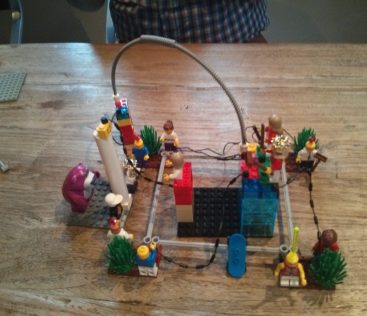